Our task was to make a design / research with the theme “desire” from the Dutch context of the borderscape between Zeeuws-Vlaanderen and Belgium. The Dutch side is an open rural area. Dwellers are leaving the countryside. The Belgium side is a growing agglomeration, where houses are expensive. The Belgium main port of Antwerp is expanding. Because of this there’s a command of bigger ships. Therefor the sea arm has to be deeper and the tidal will rise. Because of this the location Hedwigepolder will be an over float area and the rural “polder” will be a landscape of marshes. But…without the institutional border it seems logical that the whole cultural landscape would be swallowed by the expanding port of Antwerp.

We want to preserve the open landscape with the qualities of emptiness, quietness & darkness for the coming generations by creating a strategy to fulfill the command of housing in Belgium.

Our proposal is a “defense line”, more like a fence between neighbors, using the typology (ribbon development) of the region. We created a sheet piling construction: 50% openness, 50% facades, where people can built their new dwellings, offering 1 façade to combine Belgium freedom with a Dutch planning order. Because of the development we keep the rest of the cultural landscape open, answering the command for new housing and articulating the institutional border and give it a measurement and wideness. The border is visible and more than an institutional line on a map. Here is where the border dwellers meet and overlap. A Dutch saying says: : prefer a good neighbor than a distant friend”. 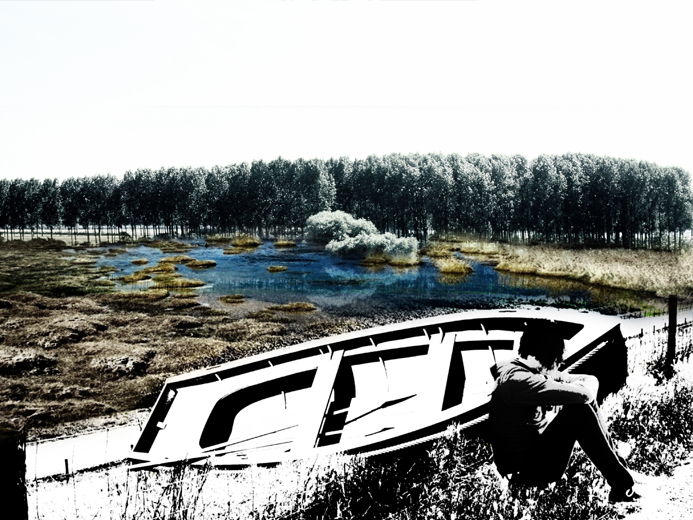 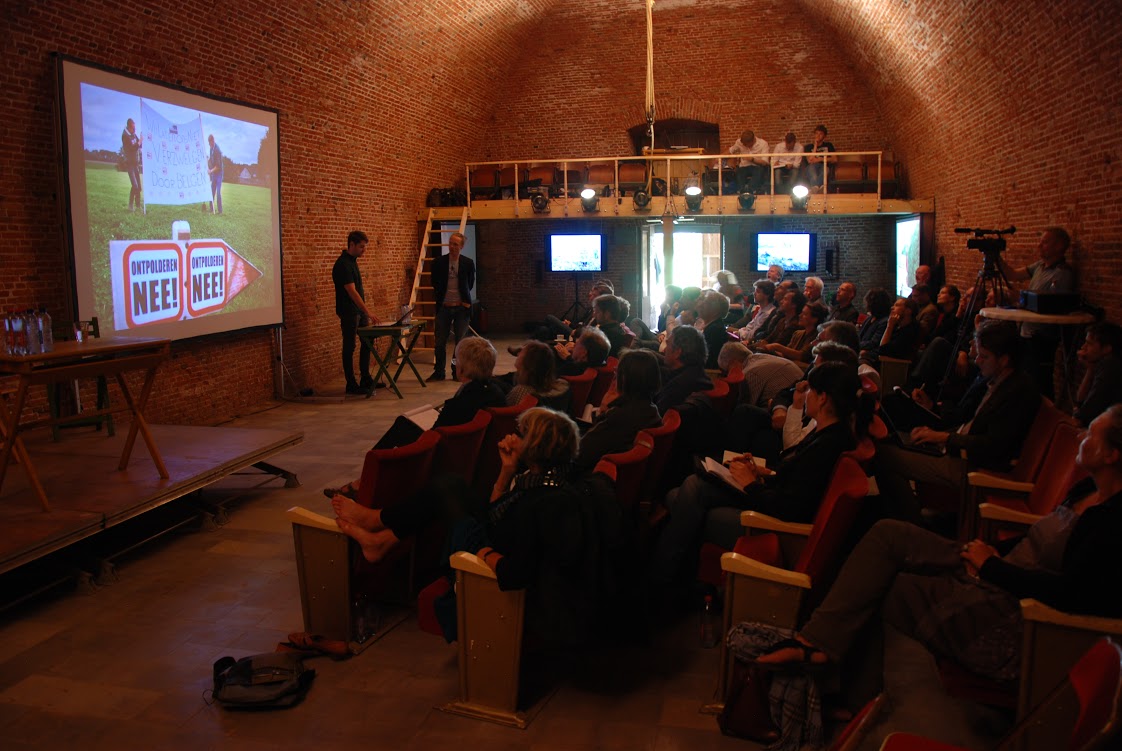 3. Port of Antwerp expanding without the institutional border 5. Development to save the openess of the landscape – physical border 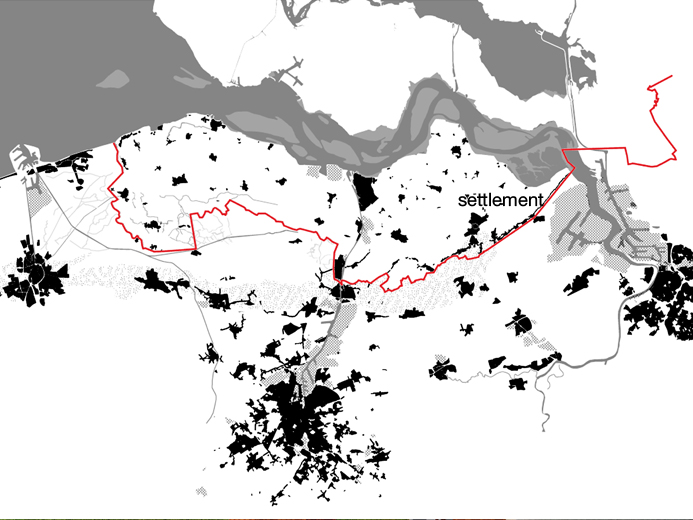 6. We can’t let the genius loci & farmer Herman fade away over vast expansionism 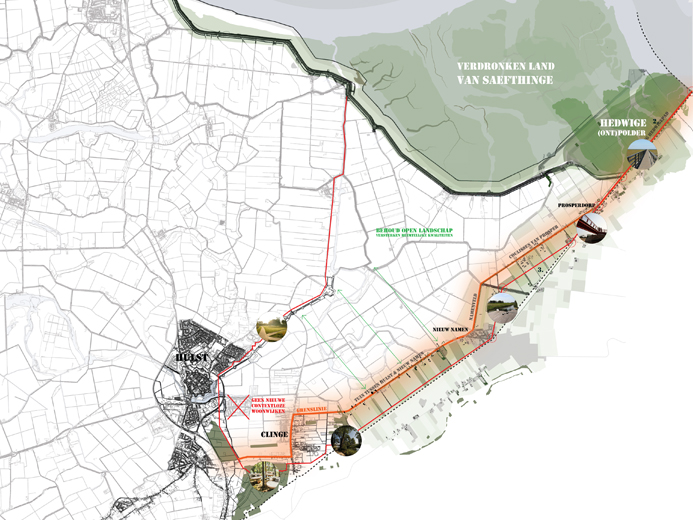 7. Articulation of the border with a sheet piling fence – offering a piece of (land-)art 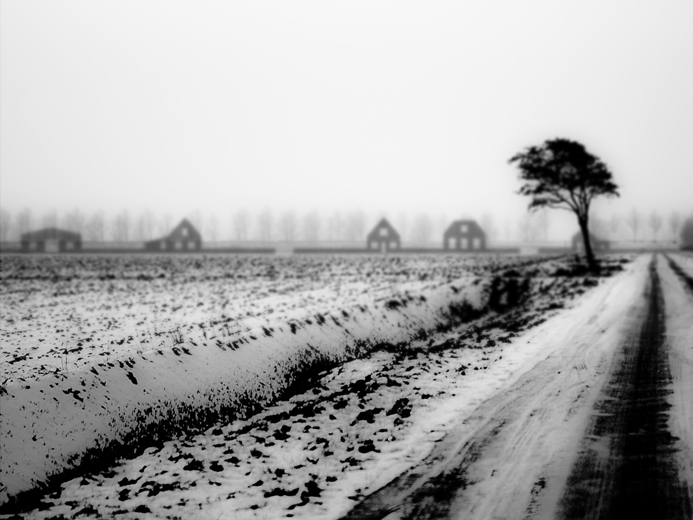 9. The borderscape grows, the hinterland presserves for Herman and it’s colleagues 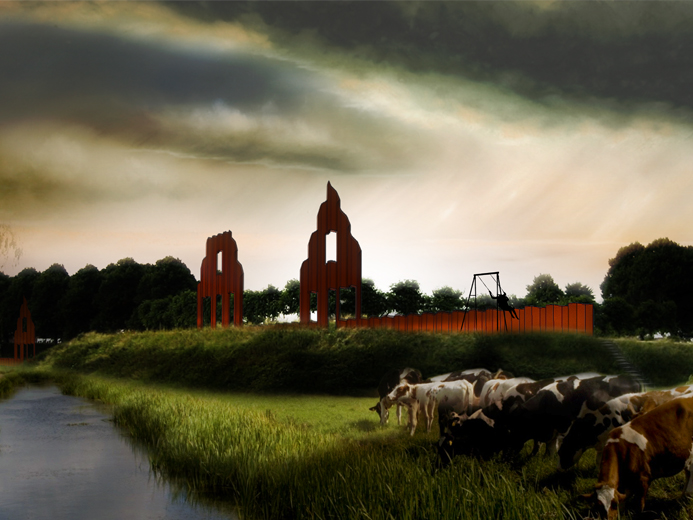 11. And in the the drowned land our path speaks the language of the new marches 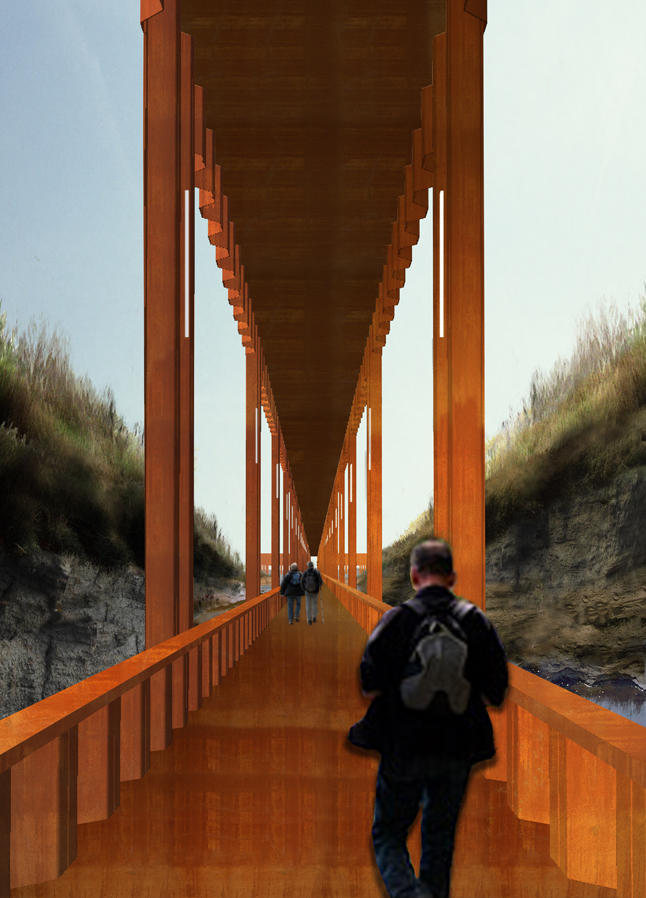 12. Floating on the tides 13. Leading to a landmark overviewing the borderscape 14. And during time, the dwellers reclaim their land 15. With a monumental border, telling a two sides story 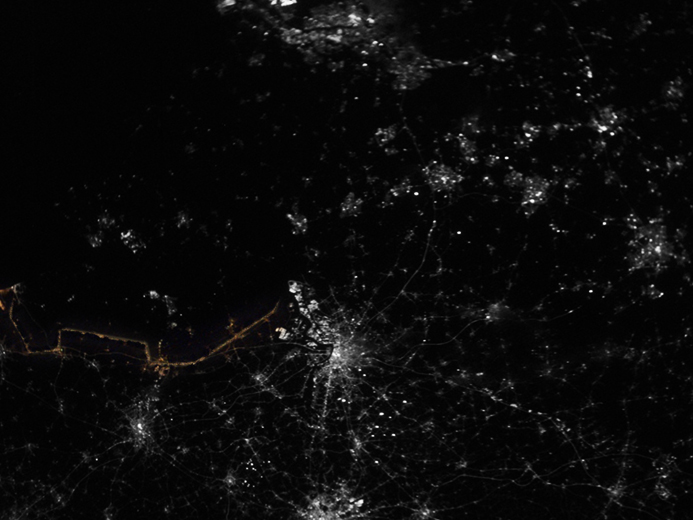